Mr. Jean Lortie. On the occasion of the centenary of its founding, the CSN, the confederation of national trade unions, wanted to mark the occasion by organizing a series of events highlighting the place it has occupied in the evolution of the world of work and society.

With the theme “From the saw to the computer: a century in the life of the working class”, a vast exhibition of photographs was displayed in 13 municipalities across Quebec; a tribute to those who have shaped our province over the decades.

We took the opportunity to discuss the exhibition in more detail with Mr. Jean Lortie, Secretary General of the CSN.

1. What led the CSN to organize an exhibition for its 100 years

The CSN has exceptionally rich photographic archives, which constitute a true collective testament to the world of work over the past 100 years. Our wish was to create a decentralized event to talk about the regions and give them access to this heritage, where central councils often existed long before the creation of the CSN. 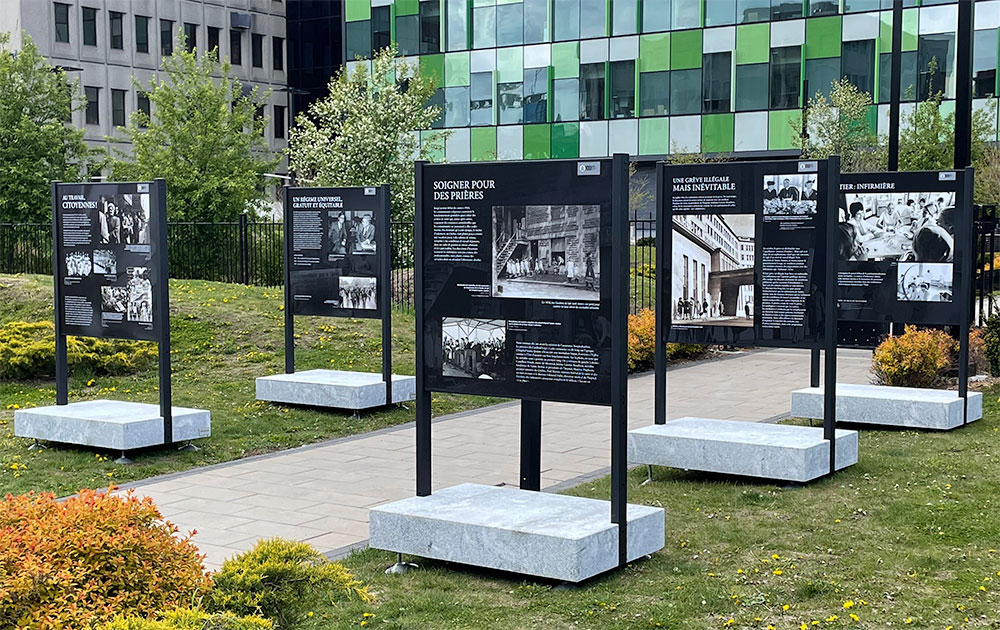 2. Were other options considered?

The photo exhibition, which required considerable research work, was part of a larger project. There was also a documentary of great interest, as well as a magnificent book, which had just been published. A big celebration meanwhile, will be held in Gatineau in September 2022.

3. What was the reception of this exhibition among your members and among the wider public?

Having participated in the inauguration of several of these exhibitions, I witnessed a generally enthusiastic reception. Everywhere, people were amazed to discover such accurate and high level photographic material, documentation and texts. They were also impressed by the care taken in presenting the exhibits and by the quality of the supports, which added an aesthetic rigor to the material itself.

4. What type of comments have you received from people who have seen one or more parts of this exhibition?

The comments were all very positive.

In addition to the praise for the quality of the photos, people first congratulated us for taking such a major initiative. They go around, look attentively, retrace their steps, often moved.

They were also seduced by the choice of locations and those of the themes dealt with, where most of the time there was a link between the place and the history of the CSN. For example, in Ste-Thérèse, the exhibition, which was displayed in front of the Cégep, had as its theme the creation of these educational establishments.

Right here, at the Espace du centenaire de la CSN, I am still dazzled by the view I have of the exhibition through the window. 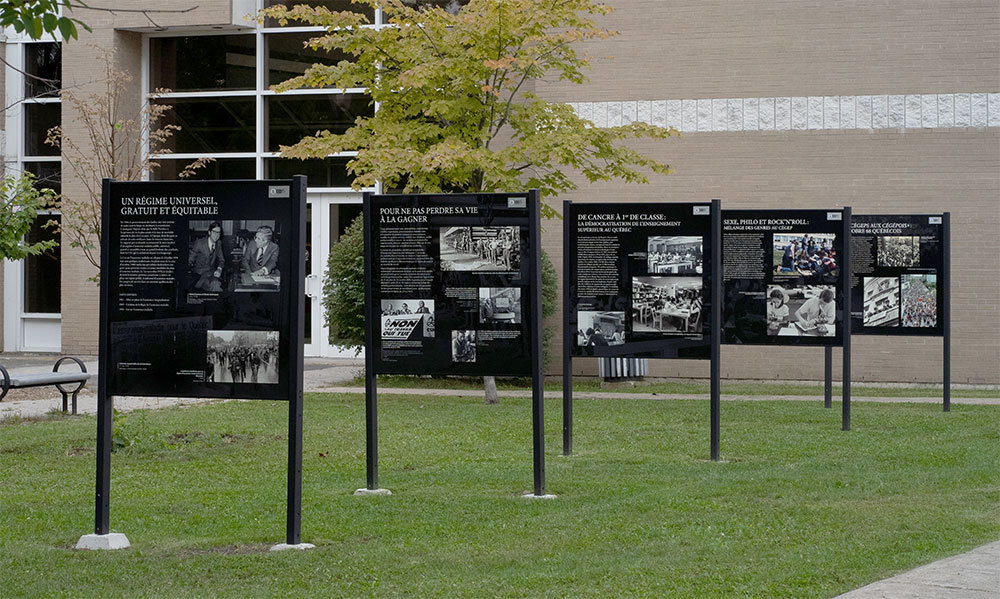 5. Do you think you achieved your goals?

Absolutely! This was THE activity planned for the launch of the festivities and the favorable reception far exceeded what we had hoped for.

6. Are there plans to do more in the short or medium term?

Many regions want to recover equipment that belongs to municipalities and possibly extend its use. In Gatineau, the very place where the CSN was created and where our closing celebrations will take place, we are evaluating the possibility of making it an indoor exhibition.

7. In your opinion, did display street furniture prove to be an appropriate medium for reaching out to the public?

Yes. It’s a way to get closer to people, to make more easily accessible photographic content that they wouldn’t see otherwise. Also, because the material on which the photos are reproduced is durable and does not show signs of deterioration, the material can be salvaged and displayed elsewhere. This extends the life, the potential duration of an exhibition.

Moreover, in the context that we know, this exhibition could not have taken place inside. The use of this furniture could not have been more appropriate.

8. Do you think that presenting your exhibitions outdoors will make municipalities want to use this formula?

9. Is this a trend towards the democratization of arts, culture and history by presenting works outside the walls, outside institutions?

In effect. This arouses curiosity, creates a desire for discovery, learning, and contributes to the beautification of communities in major centers and in the regions.

With the phenomenon of the pedestrianization of commercial arteries, this is something that we should see more and more. This type of exhibition can be a vector for tourism and economic development. It will be interesting to see how this trend evolves.